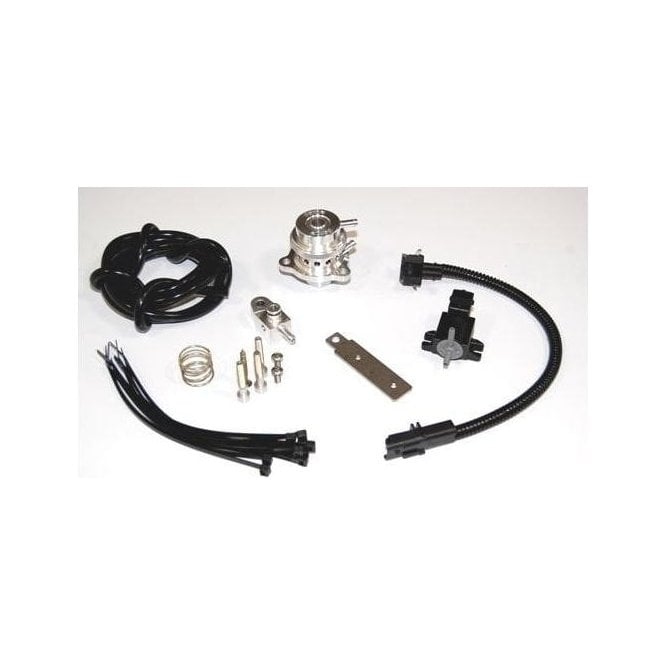 WHY A FORGE BLOW OFF VALVE FOR YOUR BMW MINI ?

THE FORGE MINI BLOW OFF VALVE KIT FOR COOPER S R55 R56 R57
The Forge Blow off Valve for the mini cooper S has been designed to act as a safe replacement for any mini that operates under increased stresses and strains resulting in higher operation temperatures especially if the ECU software has been modified allowing increased boost pressures.

RECIRCULATION VALVE VERSION  - You can not hear the dumping of air

WHY DO STOCK OEM VALVES FAIL?

Many stock OEM R56 mini blow off valves fail as a result of split diaphragms where the valve will not open fully if at all, resulting in power loss and poor throttle response. Often when the Valve fails the engine management light doesn't come on to inform you that the blow off valve has failed as there is still pressure at the valve.

Heavily modified minis or BMW minis subjected the hotter environments often suffer from blow off valve failure due to the cooling and contracting of the stock OEM plastic, used to construct the valve. The more heat the cooper s valve is subjected to the greater the likelihood that it will fail as the plastic becomes brittle.

In serious cases the brittle blow off valve housing can snap off and enter the turbo, causing it to become damaged destroying the turbo. The Forge Cooper S blow off valve is a complete engineered solution that eliminates all of the mentioned problems. The Valve is constructed from aluminium and unlike the stock mini valve, it use's a tried and tested piston solution. The solenoid which activates the piston operates using a simple plug and play connection allowing for easy installation.

The forge valve allows a series of interchangeable springs to be used allowing the user to choose the required spring dependent on the boost requirements of the car.

The Forge Blow Off Valve Kit Will Fit the Following:

At PRS Racing we don't want to charge any more than is necessary for the postage hence we charge by the weight of each product, helping to ensure cost effective shipping prices.
The following prices are based around quotes and can be subject to change. If this is the case PRS Racing reserve the right to contact you with any shipping amendments prior to shipping of your products to ensure 100% customer satisfaction. All prices are INCLUSIVE of VAT.

Special Delivery is Pre 1Pm Royal Mail - if under 3KG

Next day Delivery Is Royal mial business if under - 3KG

Over 5KG DHL next day

All Parcels are shipped with a tracking number to ensure you know when to expect your order. If you have supplied us with a contact number or e mail, you can txt to re arrange the delivery time and date

PRS are committed to keeping a large stock of goods, however we cannot always guarantee that all items will be in stock at time of purchase. If your item is not in stock we will contact you informing you when to expect your item.

PRS cannot be held liable for any reasonable or unavoidable loss or damage suffered as a result of a delay in delivery.

Please Note that as a result of Brexit Some orders my be subjected to import Fees. Please check fisrt if you are unsure before placing your order.